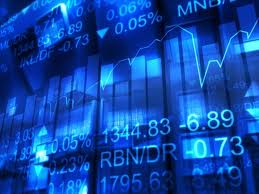 On August 11th, 2010 we acquired shares of Western Digital Corp. for others accounts at $24.15 a share in the midst of tremendous pessimism about the storage industry.  On September 17th, 2010 we outlined a few simple views that brought about this decision and published our article “640K ought to be enough for anybody…” WDC vs. STX (we used prices as of Sept. 10th, 2010 for the purposes of the article, although the shares were actually purchased on August 11th, as noted in the article itself in reference to “early August”).  On October 1st, 2010 Seekingalpha also published the article here.

Western Digital (WDC) and its nearest competitor Seagate Technologies (STX), appeared to be moving in price tandem, and enjoying analysts upgrade and downgrades in harmony.
We found this to be odd because the two concerns had major qualitative differences in their financial reports.  To quote from the September 17th article:

Looking at the firms “Net working Capital” (or current assets minus all liabilities), we find that while WDC maintains roughly 2.1 bln in NWC (about 38% of its share price), STX actually runs a deficit of roughly 105 mln ($-.22 per share, or -2% of its share price).”

We hypothesized in the article that this odd occurrence may be due to the overemphasis of recent earnings activity on the part of STX, and that perhaps there may not have been enough attention paid to the multi-year performance of the two firms.  To quote:

“The earnings picture is where things appear to get reversed. Here STX is producing net earnings that amount to about 31% of its share price over the last twelve months, while WDC turned out about 23% of its share price in net earnings. The disparity is even greater when the most recent QTR is consider alone ( ~ 29% and 18% respectively), placing STX’s recent earnings power at 61% over that of WDC in its most recent QTR (Jul. 2nd, 2010), and up from a 35% average over the last twelve months. While this lends credence to the market premium placed on STX, it should be tempered by the loss STX reported in Q2 and Q3 of FY 2009, and an overall loss of $3.30 per share in FY 2009 (a loss of about 31% of its quoted price).

During the same period WDC reported solid earnings of $2.53 per share (or about 10% of its share price), with no reported deficit in the last four years, and a significant increase in earnings over the 4 year average of $2.67 per share likely for FY 2010 (already $5.93 per share).”

While acknowledging the popularity of STX and its superior volume of shipments (WDC now holds first place in this metric), we were quick to add the words (which now seems prescient) “at least for the time being…”.  We went on to point out that while STX is eroding shareholder equity, despite its recent boost to earnings, WDC has been far more consistent at building owners equity with no losses in recent years.  To quote:

"Without questions the market favor STX over WDC, at least for the time being. By volume, they are the number one concern, and the market appears willing to pay a premium for this title, placing, as of September 10th, 2010 a premium on the stock of roughly twice the tangible assets. This equates to a market cap of about 85% of that of WDC, despite the fact the owner’s equity is only about half that of WDC.

A great deal of optimism about the future prospects of STX is assumed in the share price. This optimism is all the more questionable as the owner’s equity is eroding. Conversely the price of WDC, it could be said, reflects little more than a conservative estimate of “good will” (discussed further below) and pays no materials premium for future prospects, despite stellar growth in owner’s equity."

We then went on to estimate (see figures in original article) future equity in the firms at FYE 2011 as well as postulate over future share prices.  As of the writing of this article, our projection for STX’s book value is almost exactly what we forecast ($5.57 per share vs. $5.55 est.), which as projected, diminished shareholder equity.   WDC did not meet our projections but still came in some 17% higher for the year.

Here was our reasoning and conclusion:

“However the numbers become more interesting if we apply the estimated future book value of the companies by the modest premiums the market is willing to place on them today. This is done by multiplying the estimated future book value of the assets times the “price to book” ratio on September 10th, 2010. It should be noted that during the frame of reference, the general sentiment about the storage industry was poor and a number of analyst downgrades were announced for both companies shortly after the date the prices were quoted for this article. If we assume that sentiment is no better or worse than it is today, then we see that the potential future market value of the shares of WDC would be about $37 (an increase in share price of about 43%) while STX would remain about where it is today. This assumes the continued disregard for the true value of “intangibles”. In and of itself, this information is not particularly enlightening, given its parallel to information and sentiment available on September 10th, 2010, that is to say, other than to point out that a dramatic rise in the price of WDC over the next twelve months would still allow for a modest valuation in relation to its nearest competitor.”

STX is trading at last check for $11.10 per share or exactly the price it traded for on August 10th 2010.  Per our comments in the August 10th article, “...STX would remain about where it is today” (On September 17th, the date of publication of the article the shares closed at $11.16).

After a few paragraphs on our general beliefs on investing and investing in technology, we concluded our September 17th article with the following:

“The general idea behind investing (not to be confused with speculation) is to attempt to determine, in approximate terms, both the real value today as well as the likely value in the future of an asset. If approached in a systemic, rational and calculating way, this exercise should provide a fair degree of accuracy over time. It can produce better than average investing results if these figures can be arrived at before too many others, for it allows for the investment of capital at prices that can be confidently discerned as favourable. If securities are purchased under these conditions, then there should be little worry over the “how” or “when” of selling.

WDC and STX provide a great example of two companies in the same industry with financial qualities that are as different as the sentiment that surrounds them. It would be interesting to check in on the price of these securities in one year.”

So would an investment in WDC have produced “better than average investing results” now that it has been exactly one year? Here is a look at the shares performance vs. the benchmark S & P 500 over the last twelve months:

However, we did not maintain a position in WDC for the subject accounts.  Instead the shares were sold on Nov. 19th, 2010 at $33.40.  Here is what the actual and relative performance in the investment was:

We think the return achieved in this case on behalf of investors has been somewhat “better than average”.

More in this category: « Update: It turns out the answer is Yes! Lions and Tigers and Cisco Bears! Oh My! »